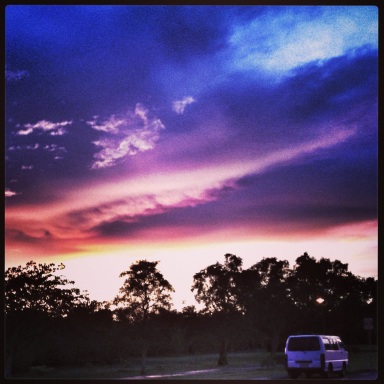 Look at that sky!

At first light I was out the door to see a glorious sunrise and begin a run which took 2 hours 15 mins and covered 17k.

My companion, as always, was Penny, a Staffy Cross who was abandoned as a pup but now keeps my life interesting managing her territorial instincts. On the plus side how she loves to run!

Her running prowess goes beyond the forays with me. She is the reigning champion of the Annual Darwin Surf Club Dog Race event despite a protest and re-run from the previous champion of three years. Penny was dominant and resisted the barging into her from her rival on the match up re-run to leave no doubt who was fastest. Her reward was a medal and her name on the Champion trophy. 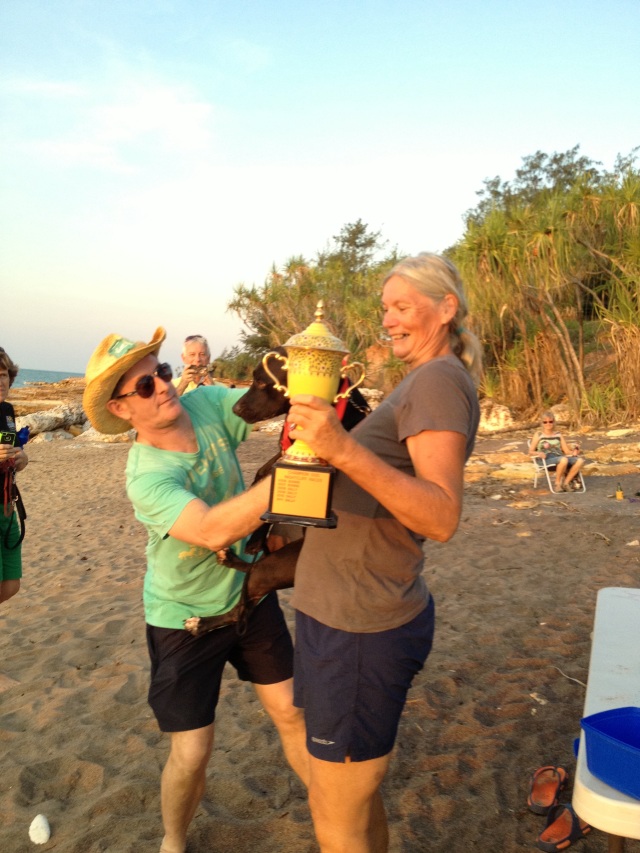 and the champion dog for 2012 is Penny Pound Puppy!

I am a Senior School English and Media teacher and an ASCTA Silver Licence swim coach. I have two children and four grandchildren, all of whom are wonderful and my life purpose is to rage, rage, against the dying of vitality.
View all posts by labcswmn →
This entry was posted in Uncategorized and tagged #dogs, #janathon, #running, #sunrise, territorial instincts. Bookmark the permalink.